Students attending the Penn State College of Medicine find humanities principles and content throughout the curriculum. With the oldest Humanities Department in a college of medicine in the country, humanism has been built into our history and woven into the fabric of our curriculum from our inception.

Learn more about the Department of Humanities

Humanities Throughout the MD Program

The Department of Humanities leads a number of projects for MD students and others across Penn State Health and Penn State College of Medicine.

This award was established in 1997 in memory of Thomas V.N. Ballantine, MD.

During his tenure at Penn State College of Medicine, he was not only an accomplished pediatric surgeon, but also an ardent supporter of the arts and humanities. He was a beloved faculty member who enthusiastically gave his time and energy to the pursuit of medical student education.

This award is given annually in the form of a grant to support medical student work in the arts. This work need not be related to or address the fields of medicine or science, and it may encompass any of the areas of visual arts, performance, or literary composition. Grants will be awarded to cover the costs of materials and professional services incurred in the production of selected projects.

All projects must have a public component, and priority will be given to those with relevance to or impact upon Penn State Health Milton S. Hershey Medical Center community. Presentation of these projects should include a statement that this work was underwritten, in part, by The Ballantine Award.

Applications will be judged by The Doctors Kienle Center for Humanistic Medicine, which reserves the right to make no awards if no suitable applications are received.

Reimbursement will be made upon the submission of receipts for an amount equal to or less than that of the award. Upon completion of their project, award recipients will be required to make a presentation of their work to the Doctors Kienle Center for Humanistic Medicine board members.

Applications should be no longer than two pages and should both describe the project and articulate its community focus. Applicants should also include a proposed budget. Priority will be given to those projects with the greatest relevance to or impact upon Penn State Health Milton S. Hershey Medical Center and surrounding community.

Proposals must be emailed to Claire de Boer at cdeboer@pennstatehealth.psu.edu. All proposals will be evaluated by the Doctors Kienle Center for Humanistic Medicine on a rolling basis.

The K. Danner Clouser Student Research Endowment is designed to provide financial assistance to medical students while they are engaged in a research project in the medical humanities.

Consideration for an award from the Clouser Student Research Endowment will be given to full-time students at Penn State College of Medicine who propose to carry out a research project within a field of the medical humanities as part of their progress toward the MD degree. Selection criteria include:

The maximum available for the award in 2019 is $1,750. The Department of Humanities anticipates making two awards.

This money may be paid directly to a student or may be used as the department’s contribution to a work-study allocation for the summer. Funds may be used for living expenses or for expenses incurred as part of the student’s research.

K. Danner Clouser was University Professor of Humanities (Philosophy) at Penn State College of Medicine, where he taught medical ethics and philosophy of medicine from 1968 until his retirement in 1996. Dr. Clouser was instrumental in building the first Humanities Department ever established at any medical school, and was a pioneer in the newly emerging field of bioethics. After his retirement, despite his battle with cancer, Dr. Clouser continued to write and inspire others until his death August 14, 2000.

Students wishing to be considered for an award from the Clouser Student Research Endowment should submit the following to the Department of Humanities (C1743) no later than 5 p.m. April 5, 2019:

The Joseph and Mary Caputo Scholarship Award is designed to support Penn State College of Medicine students who show promise as future physicians who will focus on delivery of humanistic care. Joseph V. Caputo Sr. lived in Dover, Delaware, and died from Alzheimer’s Disease in 1996 at the age of 80. Mary, his wife of 46 years, cared for him with love, dedication and fortitude during the 10 long years of his illness. Together, they were true examples of dignity and devotion at a time of great personal and family difficulty. The effect of dementia and other chronic diseases is profound for both patients and caregivers, as well as family and friends. Compassion, effective communication, and dedication are vital for patients and care givers. With this in mind, Joe and Mary’s children – Rosemarie, Janet, Joe, Greg and Karen – created the fund that supports this award.

Consideration for the Joseph and Mary Caputo Scholarship Award will be given to full-time third year students in good standing who have a demonstrated commitment to a humanistic approach. Recipients of the award are selected by a Kienle Center-appointed committee.

One scholarship of $3,500 is awarded each year and is offered in accordance with and in conformation to existing Penn State University scholarship policy.

To apply for consideration, Class of 2023 College of Medicine MD students must submit:

Please submit all application materials as one PDF file named with student’s last name, attached to an email with subject heading “Caputo Application,” by March 1. Send to Aleax Olivera, aolivera@pennstatehealth.psu.edu. Late applications will not be accepted.

The essay need not address each behavior.

This information is also listed on the Doctors Kienle Center for Humanistic Medicine website. 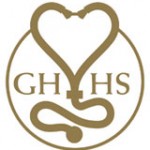 In 1998, Dr. Arnold P. Gold and Sandra O. Gold founded the Arnold P. Gold Foundation with a mission of perpetuating the tradition of the “caring doctor.” Currently, the Gold Humanism Honor Society (GHHS) recognizes individuals across the continuum of medical education and practice who exemplify humanism in medicine, including:

The Gold Foundation also funds unsolicited projects, such as research, lectures, curriculum development, community outreach, cross cultural education, and the publication of literary writings related to the practice of humanistic medicine which can be self-sustained and replicated. Penn State College of Medicine received a grant to develop and evaluate a Residents’ Oath program.

Gold Professorships are also sponsored by GHHS. The previous chair of the Department of Humanities, Dr. Daniel Shapiro, is an endowed Gold Professor.

The Doctors Kienle Center for Humanistic Medicine was founded in 2003 by then-chair of the Department of Humanities Dr. David Hufford. Student members are nominated by their peers at the end of their third year in medical school and inducted during Fall Convocation. Throughout their fourth year, they participate in an ongoing community service project developed by GHHS students in 2009.

Students have the opportunity to work with Department of Humanities faculty as an advisor for medical student research.